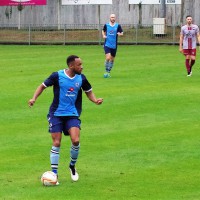 Fleet Town 2 Aylesbury 3
A game that had everything, from an early Penalty, Red Card and dramatic late winner. On their first attack of the game, Jack French made his run, with the ball, into the box, only to be upended, with no hesitation the referee blew and pointed to the spot. Unfortunately for Fleet, the keeper guessed right and blocked the spot kick, the ball though ran loose, quick reactions from Davo saw him first to the ball, but his shot struck the bar and fell safe. But it was not long, before Ryan was... view more > 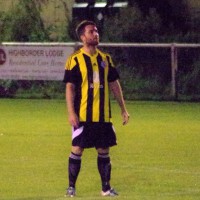 Slimbridge 1 Fleet Town 0
With a couple of absentees due to work and other players not recovered from injuries picked up on Saturday, Fleet were forced into changes for this Emirates FA Cup Replay, despite this another tight and even battle ensued, the 120 minutes proving good value entertainment to all those present. The opening chance fell to Fleet in only the second minute, Jack French, starting further forward on the night, picked up a through ball and was able to lay it back to Jordan... view more > 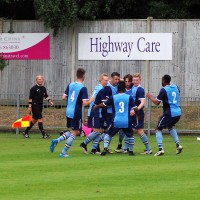 Fleet Town 1 Slimbridge 1
Fleet’s afternoon started with a setback, when James Scott, originally in the starting line up, picked up a strain in the pre-match warm up and was relegated to the bench, being replaced by Ben Toye. As expected, a tight match ensued between two evenly matched sides, Slimbridge as determined to extend their unbeaten start to the season, as Fleet were to continue their good form from the game at Farnborough last Monday. In the end, both defences could take more credit from their... view more >