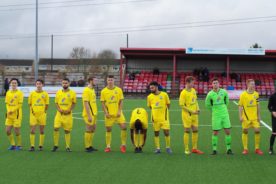 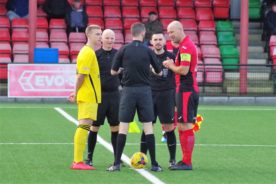 Cirencester strengthened their play off push with this strong performance against Fleet Town, making full use of the advantage of their 3G pitch, with Fleet not used to the speed and bounce that the ball came of the surface. Aiden Bennett had the first chances for the hosts, getting into box but his final balls let him down. Fleet had an early chance, a shot from Meshach Williams rebounded off keeper Luke Merchant, the ball ran towards Joe Wilson, who went down in a challenge, but the calls for a Penalty fell on deaf ears. All too soon Cirencester had the ball at the other end and this time Aiden Bennett took the shot himself and found the target to get his side ahead on 9 minutes. Almost constant pressure from Cirencester saw Louis Spalding and Aiden Bennett set up chance after chance, only to see them not finished off and denied by several fine saves from Brendan Norris. It was not quite one way traffic, from an attacking throw-in, Kofi Halliday drove into the box, but his shot went over the bar. From a free kick on the left Kofi Halliday’s ball into the box, drifted through on the wind and past the far post. But at the other end Cirencester were getting closer, a sot from Louis Spalding coming back off the crossbar, but fell to the feet of Alan Griffin, who was standing in an offside position. A through ball down the right wing left a lot of space behind Fleet’s defensive line Ben Whitehead chased for the ball as Brendan Norris ran out of his box towards the ball, but Whitehead got there first, but took a couple of touches to get full control of the ball as Brendan returned to his goal mouth, but Ben Whitehead found a gap to slide the ball past him and double the home sides advantage on 38 minutes. From the restart Fleet poured forward, with Kofi Halliday getting a shot in, which keeper Luke Merchant did well to get down to and make a save, the ball ran loose towards Meshach Williams, but got cleared before reaching him. Meshach Williams was able to win the ball in midfield e played the ball into the box to Joe Wilson, his instant strike into the goal being ruled out for an offside flag. 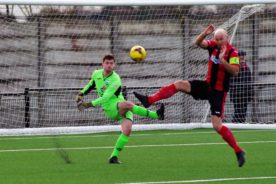 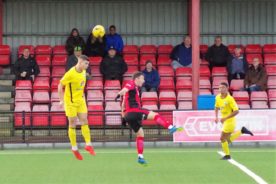 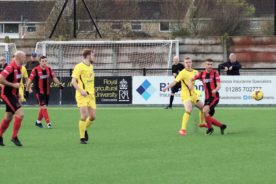 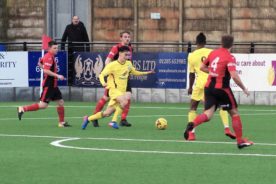 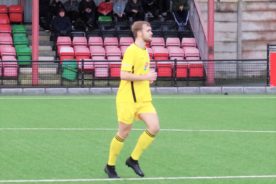 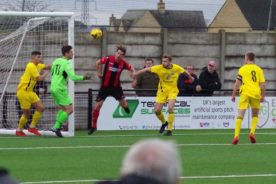 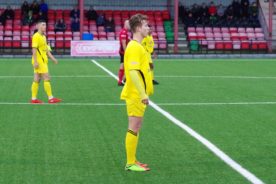 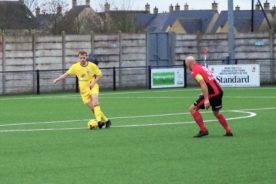 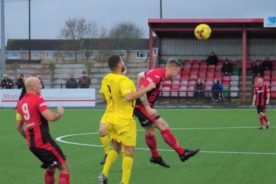 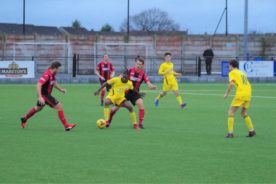 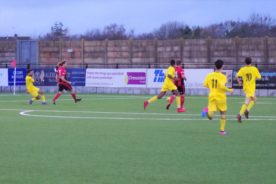 The second half started as the first with Aiden Bennett shot and another Brendan Norris save. Ten minutes into the half, Fleet made a double change to look for other ways to get back into the game. Tommy Anderson ran along the by-line and fired in from a narrow angle Brendan Norris went to ground and outstrtched his arm to get fingertips on the ball to just turn it round the post. More brave keeping from Brendan as he came out to the edge of his box to beat a Cirencester player to a through ball, the collision  saw Brendan left down on the ground, initially it looked as if Brendan would have to come off, but after five minutes of treatment, Rrendan felt able to stay on. But immediately the hosts took advantage and scored twice in a minute through Jack Freeman and Alan Griffin before Brendan was fully mobile again, The final twenty minutes saw Brendan Norris continue to be the busiest player on the pitch as he pulled off save after save to keep the score down, even in the five minutes of added time for his injury, Brendan stood firm, when the ball eluded him Ben Whitehead saw his effort hit the top of the bar  and at the end Brendan needed to leap and stretch to tip a shot from Louis Spalding over the bar. 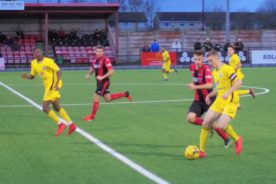 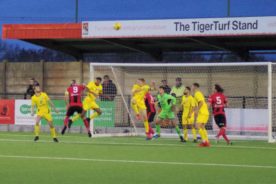 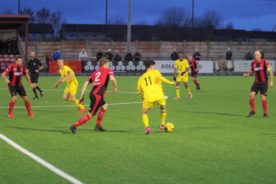 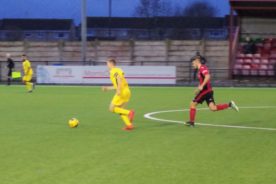 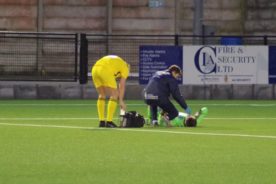 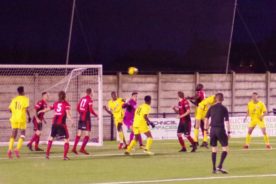