Fleet Town FC was officially formed in 1890, making it the oldest sports club in the town. The centenary was celebrated in 1990 with a special Scroll being presented by the Football Association to the club, together with a commemorative plaque from the Hampshire FA.

In its early years Fleet FC played at the bottom of the Views where Campbells Close is today. Later they moved to Watsons Meadow in Fleet Road, roughly opposite where Travis & Perkins now stands, at the station end of Fleet Road. It was during this time that a young, future Prime Minister, Clement Atlee played for the club, his aunt living in a house that backed onto this original ground.

In 1923 Lord Calthorpe of Elvetham Hall made available the site of the present ground in Crookham Road, and the club moved to its new home playing their first match on 3rd March 1923. The ground was subsequently bequeathed to the District Council and later the Fleet Town Council, with the proviso that it would continue to be for the use of the Town’s football club.

In 1953 floodlights were installed for the first time. The club entered the Hampshire League in 1961. From then on Fleet Town FC gradually moved through the Divisions, eventually moving into the Wessex League for the 1989/90 season.

Playing in the Ryman League the 2005/06 season began with a new management team of ex-England International Andy Sinton assisted by Steve Mellor. In their second season together this new team saw their side top the table at Christmas before they finally finished in 5th place. In a pulsating play-off semi-final they lost 2-1 to Tooting & Mitcham, with the London side scoring twice in added-on time. The team also reached the final of the Hampshire County Cup, losing 2-1 to Aldershot, the game played at AFC Bournemouth.

Playing in the Ryman League the 2005/06 season began with a new management team of ex-England International Andy Sinton assisted by Steve Mellor. In their second season together this new team saw their side top the table at Christmas before they finally finished in 5th place. In a pulsating play-off semi-final they lost 2-1 to Tooting & Mitcham, with the London side scoring twice in added-on time. The team also reached the final of the Hampshire County Cup, losing 2-1 to Aldershot, the game played at AFC Bournemouth.

For season 2007-08 the Club were moved by the FA to the BGB Southern League, South & West Division, and again had a record breaking season. Right up until the last few games they were in with a chance of automatic promotion but eventually had to accept 2nd spot behind Farnborough. This however was their highest ever non-league finish and again played in front of record crowds. It was heartbreak in the play-offs though as the team again lost in the semi-final, this time to an injury time penalty that gave Uxbridge a 2-1 victory. Fleet also went their furthest in the FA Cup before losing 2-1 at Havant & Waterlooville in the 3rd Qualifying Round.

Season 08/09 had the club on the move yet again with promotions/relegations elsewhere meaning that Fleet returned to the Ryman League, South Division. Andy Sinton’s side again broke more records as the team won four cups, including the prestigious Hampshire Senior Cup when over 1,200 witnessed victory over VTFC at St Marys Stadium, Southampton, to send the cup to Fleet for the first time. In addition the team also won the Russell Cotes Cup, Aldershot Senior & North Hants cups. The FA Cup run again went to the 3rd Qualifying Round before losing 5-2 in a bruising encounter at AFC Totton.

May 2010 brought major changes at the club with Chairman Graham Smith stepping down and this was shortly followed by manager Andy Sinton resigning to join AFC Telford United. For the new season Steve Mellor stepped into the Manager’s shoes.  A largely new Blues side finished a credible 13th.

Season 2011-12 again saw Fleet Town move as they were switched back to the Southern League after a three year absence, this time placed in the Div One Central. However results were poor and after a run of defeats and exiting the major cup competitions Mellor left in November 2011 to be replaced by Craig Davis as player/manager. Despite some improved displays, the Blues faced relegation after ending the season in 21st spot. However, due to circumstances elsewhere in the Football pyramid Fleet Town gained an FA reprieve and retained their place as a Southern League club, to play a 2nd season in the Division One Central for season 2012/13.

In July 2012 Steve Cantle became Chairman and with Davis bringing in a new back-room staff, and a host of new players, the club enjoyed an improved Southern League season, finishing with 4 teams behind them, in 18th spot. Following the end of the season Fleet Town were again moved, this time within the Southern League to the Div One South & West.

After several difficult seasons the 2015/16 season saw Fleet moved back to the Division One Central, and they enjoyed 2 successful seasons with league status retained and the winning of the Aldershot Senior Cup and the North Hants Senior Cup in 2017. The Club however suffered the devastating loss of Chairman Steve Cantle who died just before Christmas and manager Davis moved on in March.

2017 -18, Fleets 16th consecutive season at Step 4 Steve Dormer and Andy Hunt managed to keep us at Step 4 through a difficult season. With both managers resigning at the end of the season, the club moving to the Southern League South Division and all players leaving 2018-19 is already looking like a challenge. Koo Dumbuya and Sam Waters have taken the helm and are aiming to keep us at Step 4 for another season.

2018-19 will go down as a season to forget for Fleet, after just managing to stay up the year before they managed to go through 4 managers, 2 chairmen and a number of players. With much long distance travel, a very young team and no money the team battled all season but unfortunately finished bottom, this resulted in relegation to the Wessex Premier League. For 2019-20 there is a new board in place to support Dave Kelly and his management team as they try to develop young players and re-establish Fleet as a strong team in North Hampshire. Many improvements and changes have been carried out to the Calthorpe Park ground which will also hopefully help the club moving forward. 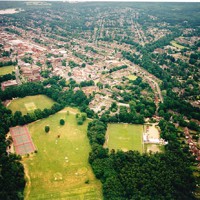 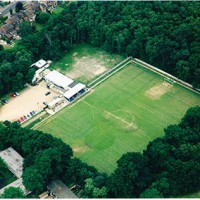 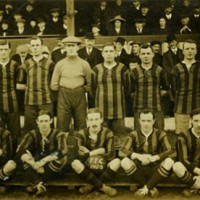 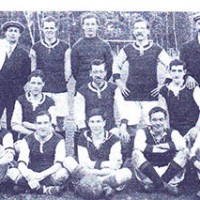 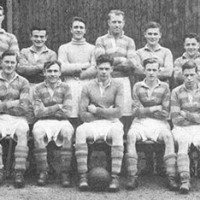 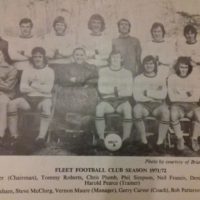 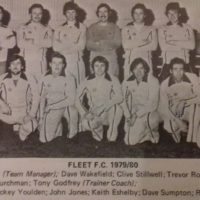 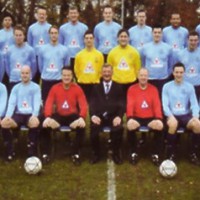