A bumper crowd came out on a cold Tuesday night to witness this local derby, with the visitors running out clear and deserved winners, keeping Liam Beach by far the busier of the two keepers, although Fleet carved out some good chances they did not have any luck in front of goal.

Hartley had their first clear chance on ten minutes when they won a free kick near the box, taken by free kick specialist Dean Stow, Fleet survived thanks to a touch from Billy Stratford which deflected the ball for a corner. After this Liam was kept very busy, keeping Hartley out, making several fine saves. After Half an hour, Hartley had another free kick in a dangerous position, out on the left, this time Dean Stow’s shot was just too high as it flashed over the bar. Almost immediately Fleet were given a free kick of their own in the Hartley half, a fabulous delivery by Danilo Cadete was played over to the far post, as several players went for the ball it ran into the box, where Bradley Wilson’s touch sent the ball high over the goal from close in. Soon after Fleet were back in front the Hartley goal, as Toyosi Olusanya and Danilo Cadete combined, as a goal looked immenent Paul Strudley fell on the ball and snuffed out the chance. The clearence set up a quick break through ex-Blue Jack French, who found Liam Eagle, who’s shot brought another fine save by Liam Beach. Then it was Jack French who tried, his effort from 30 yards curled wide of the post. As Hartley piled on the pressure, they forced Fleet to concede a throw down in the corner, delivered long in the box, Fleet tried but could not clear the danger, the ball coming back in again and again, until Paul Hodges was able to convert and put the visitors ahead. As half time approached, Fleet had the opening that could have levelled things, when Danilo Cadete played the ball to Greame Purdy, the shot beat the dive of Paul Strudley but also the post, passing wide. But there was time for Hartley to go back downfield one more time, sub Steven Duff took the ball to the area and shot across to the far post to score.

The second half saw tighter play from both sides, the visitors giving Fleet even less openings, when new signing Dennis Asante got a chance, only a minute after he came on, he got closed down quickly and his shot blocked. When Ashley Lloyd let fly a firce shot it took a deflection for a corner, which was delivered into the six yard box for Chris Wales to head over. But after 69 minutes a Hartley free kick was played out to Dean Stow on the right, he was given too much room and time, his dangerous cross took a couple of touches before falling for Nic Ciardini to stab home for number three. Both sides kept going to the end but there was no further scoring on the night and not long to wait for the rematch at Hartley on Easter Monday. 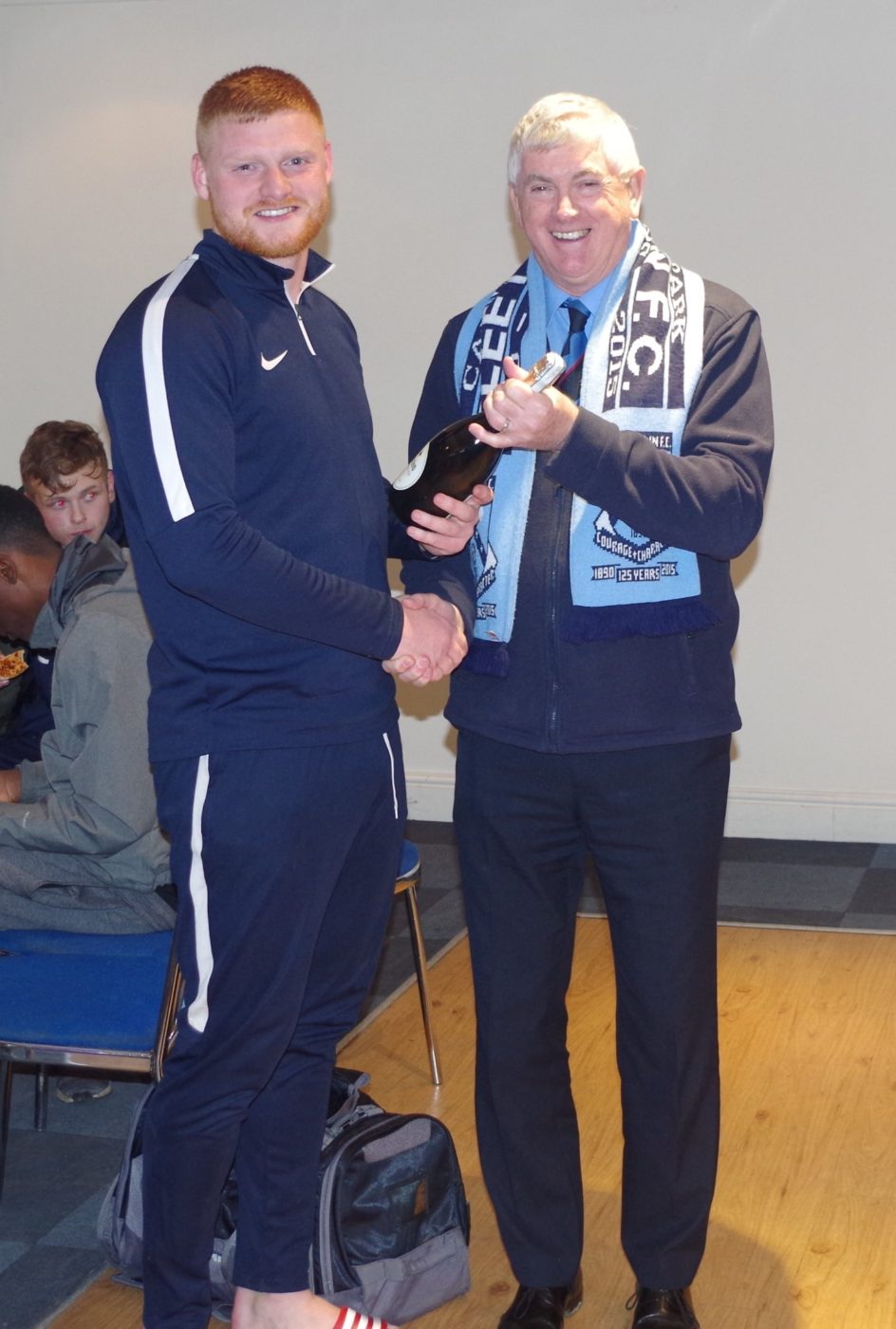