Fleet started fast looking to erase the memory of the 10-0 loss at Ashford earlier this season. In only the first minute Danilo Cadete made the opening on the left, he was able to play in Toyosi Olusanya who passed the ball onto Billy Oram, his shot close to the keeper Tylor Tobin but he was only able to stop the ball at the second attempt as it almost got behind him. Ashford  soon had their first chance forcing Liam to conced the corner. In an end to end spell of action, then it was Bradley Wilson to find Matt Bunyan whose flick header was caught by Tobin. James Cottee had a close range effort for the visitors, that needed Liam Beach to touch it round the post for another corner, which was again easily handled by the Fleet defense. All this in the first five minutes before the game settled down and then after 14 minutes Bradley Wilson’s ball in, beat the advance of keeper Tobin and found Toyosi Olusanya, who converted the chance and put Fleet ahead. The lead was very short lived as 3 minutes later Tommy Brunton crossed for James Cottee to head into the net and bring the visitors level. Fleet rode ther luck to stay in the game, when a fierce shot looked goalbound it found the post and rebounded straight into Liam Beach’s arms. But after 37 minutes Tommy Brunton played the ball on to Samad Kazi, he advanced down the middle to shoot home and put Ashford 2-1 up. The half ended with a string of niggling challanges on Fleet players, especially dangerman Toyosi Olusanya, including one that could have brought more than a Yellow card another day.

The second half started with a couple of close efforts from the visitors, with both sides being tighter at the back, there were few openings, after an hour Danilo’s pace down the right made space for Bradley Wilson to collect the ball, thinking of a shoot he played a pass to Toyosi instead, Toyosi was closed down with no space opening for a shot, he played the ball on to Ryan Marklew in space to shoot, unfortunately for him, wide. Ten minutes from the end, the visitors could have killed the game off, Tom Howard was through and it needed James Haworth to get back to intercept and clear the danger. Fleet pushed on in the final minutes looking for an equaliser but the right chance did not come and the visitors held on. Although the second half was quieter on the football pitch, the crowd were entertained by the antics of Ashford’s Mitch Gough who spent most of the half playing with his long hair, changing between a hair band and flowing locks or using the band to tie up a pony tail.

After the game Fleet’s man of the match award went to goalscorer Toyosi Olusanya. 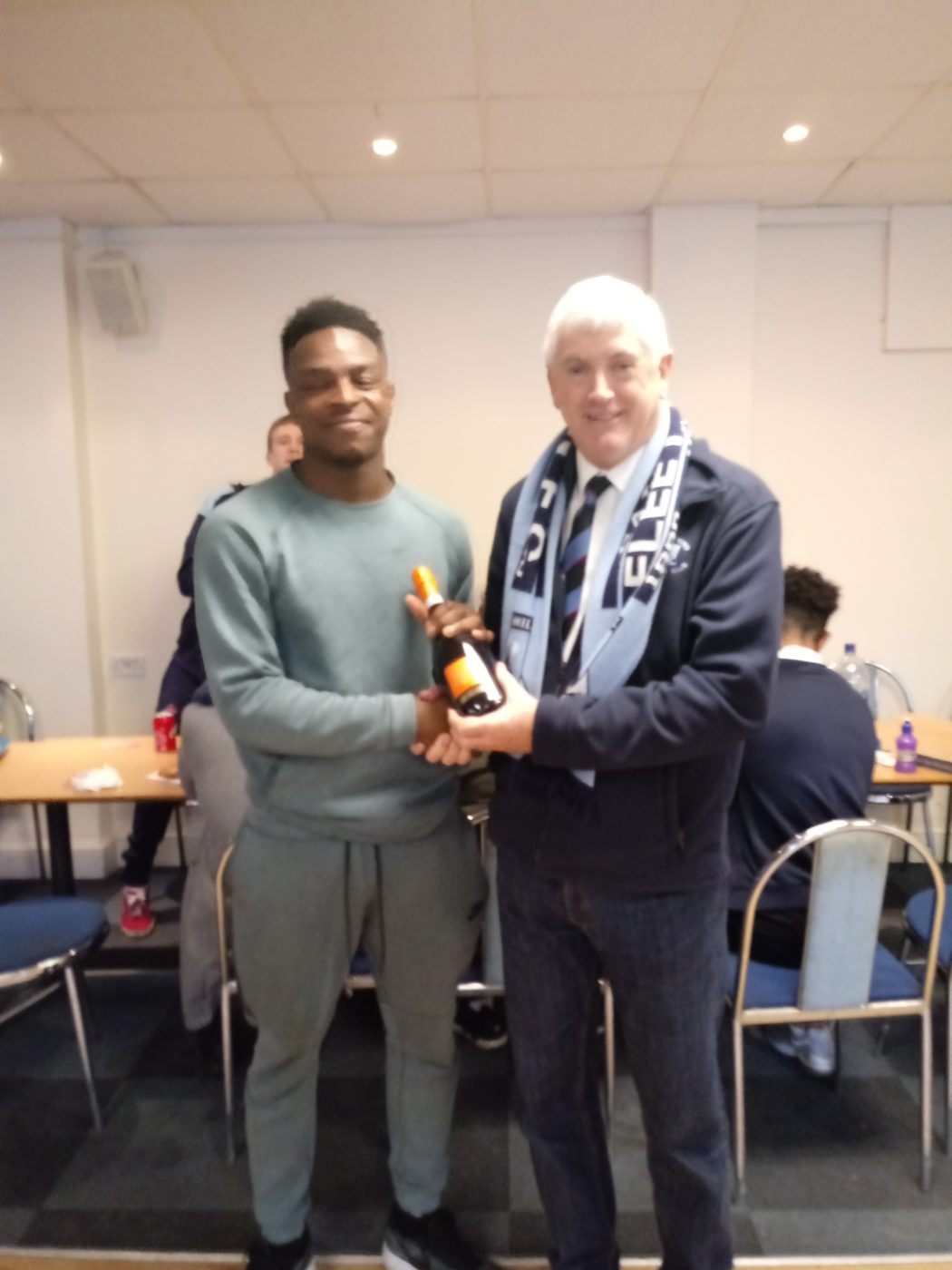