Before the game today there was a wreath laying ceremony on the pitch followed by a minutes silence in honour of rememberance weekend. 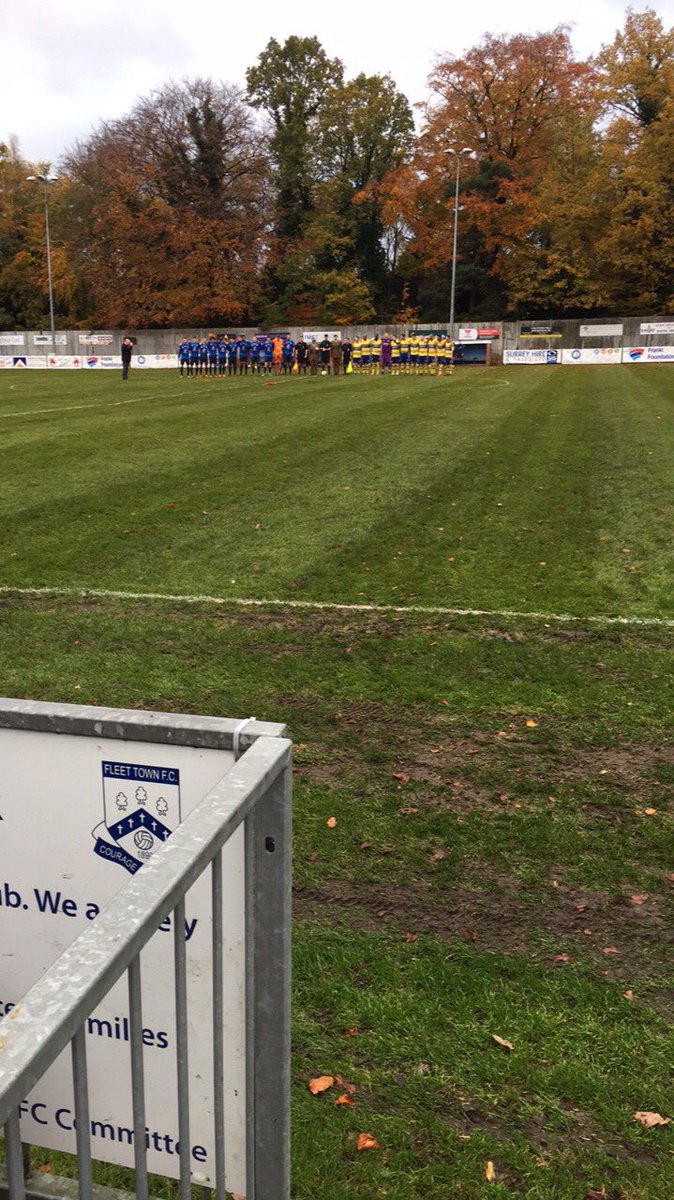 When the game got underway, Fleet threatened in the first minute, a ball in from Bradley Wilson, was knocked down by an Aylesbury defender straight to Patrik Ruzicka,  but he shot wide. Aylesbury, had plenty of confidence in their play from their recent results, but on the day, were unable to execute their plans on the day, Shane Almond got the better of his markers on a couple of runs into the box, but each time his final shot was off target, though the first one only just curled over the bar. After a quarter of an hour  from a Fleet break down the middle, the ball was played out to the left and a pinpoint cross was met by the head of Matt Bunyan, his effort passed just the wrong side of the post. As the following Aylesbury attack came to nothing, the attempted clearence only found one of the visitors who shot it straight back, but wide of the target. Before the half hour, Fleet had their best chances of the half, when recent signing Luke Haskell (playing his first home game) had the ball in the area, looking for the space to strike, it went wide then back to Luke, who found Patrik Ruzicka but with the ball stuck under his feet, he could not get a shot away, he played it to Bradley Wilson and on to debutant Ryan Marklew who got a shot away, whch struck the post and came back to be cleared. Aylesbury continued to look dangerous, a throw near the box taken by Garry Jones to Aston Goss, was played back to Garry who crossed the ball to Jeanmal Prosper, ho could only shoot wide. Aston Goss latched onto a cleared ball and ran forward to the box, with only Liam to beat he rushed his effort and it passed harmlessly wide. As the game progressed more of the action started from free kicks, rather than just the flowing open play of the earlier action. With Liam taking many of the kicks out of the Fleet half, the home side were able to pack the area to receive, from one of these late in the first half Liam found the head of Matt Bunyan, he nodded it down to Patrik Ruzicka, he played it back to Matt who crossed the ball back again which was collected by Patrik Ruzicka, who managed to scoop the ball up and over the bar.

The second half started in similar vein, his free kick into the box, was sent out wide and crossed back into the middle to Ryan Marklew, who turned and shot, bringing out a fine save from keeper Jenkins, his dive turning the ball around the post. Fleet were keeping the pressure on the visitors, after winning a couple of corners, Aylesbury were struggling to clear their lines, presented another chance to Marklew but he shot wide. Fleet were soon back in the Aylesbury box, after a scramble the defence cleared into space, Patrik Ruzicka and Matt Bunyan both closed in and it was Matt Bunyan, in his first game back after his horrible injury at Hanwell who swept the ball into the net to get Fleet in front. The lead was doubled a quarter of an hour later when Luke Haskell ran through to the box and lifted the ball past Jenkins as he came to face him. Hard as Aylesbury tried to find a way back, many balls were over hit and collected by Liam. Fleet should have had another late on when Bradley Wilson won the ball just inside his own half he took the ball all the way to the box unchallanged, but then with the goal large in his sight, hit the ball too close to Jenkins who made the save. 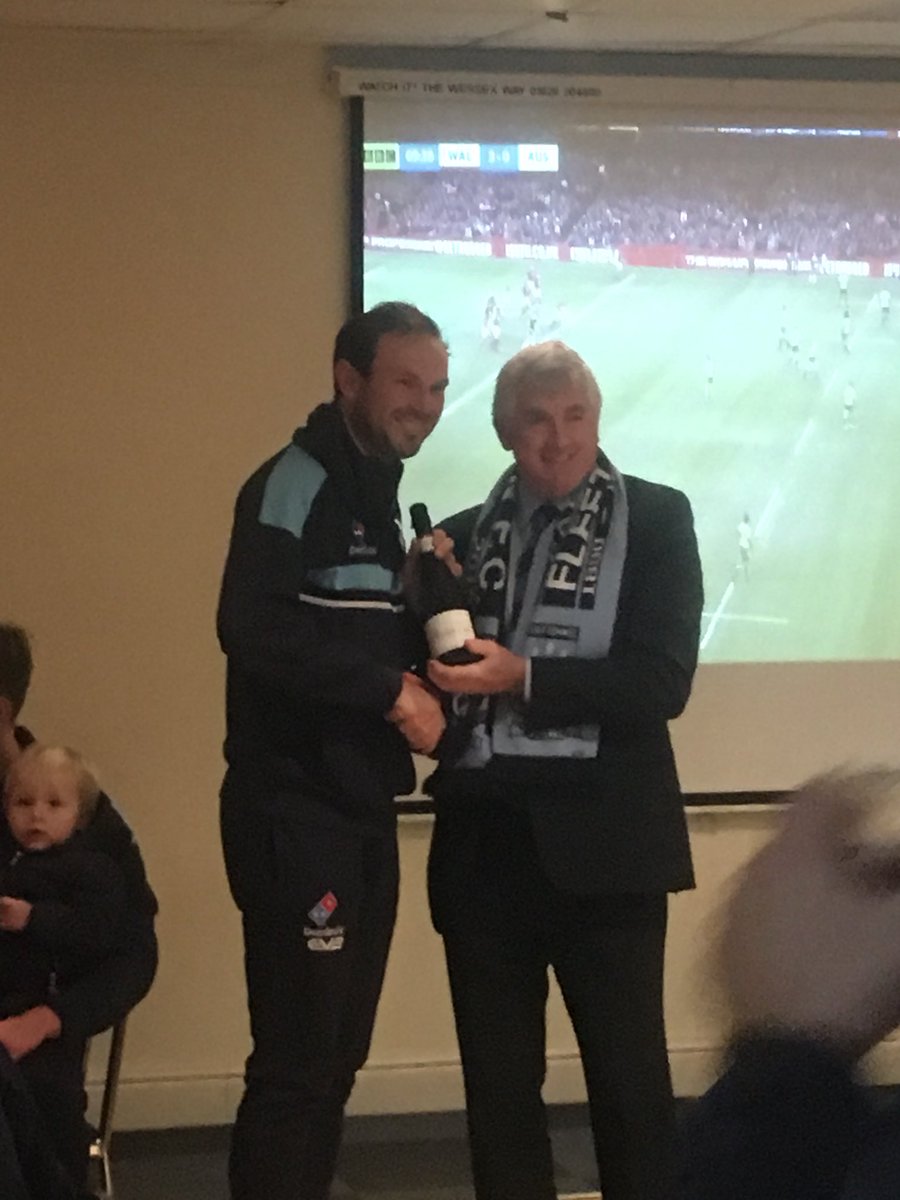 After the game the Man of the Match was awarded to Matt Bunyan.