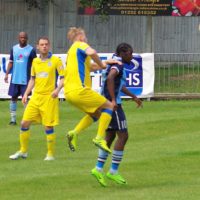 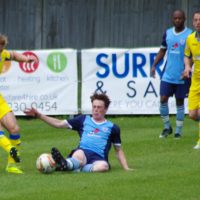 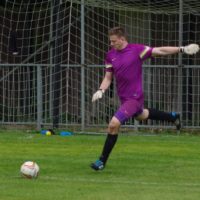 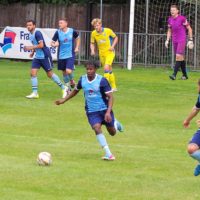 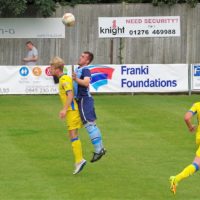 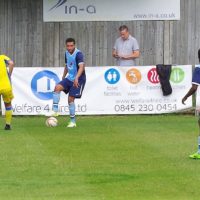 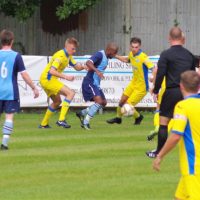 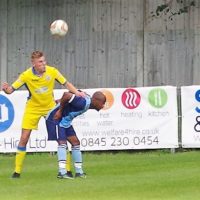 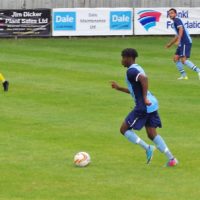 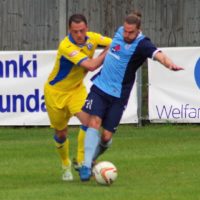 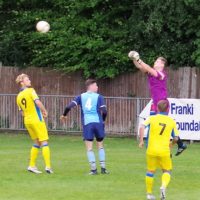 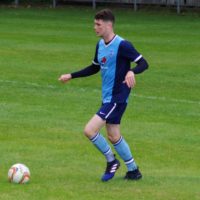 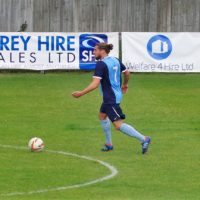 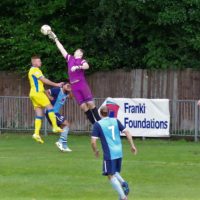 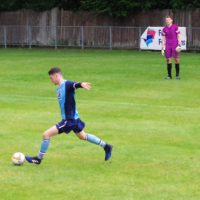 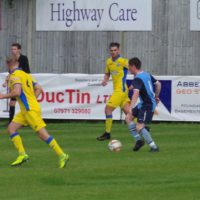 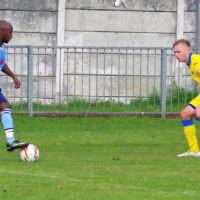 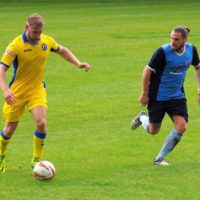 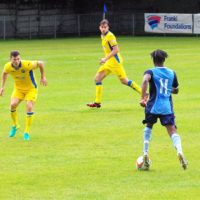 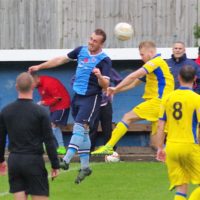 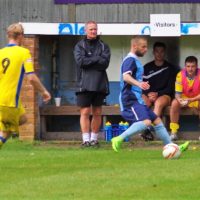 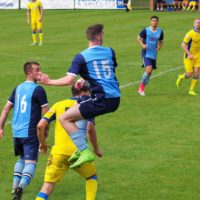 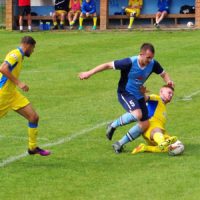 A strong professional performance by Larkhall was just enough to see them past Fleet, in our last pre-season game. Early pressure from the visitors saw Josh Egan make space for himself several times to play over several dangerous crosses, from the right,calmly dealt with by Beach between the sticks, some great catches and a couple of balls punched away. With the Thunder rumbling around for some time, the Rain finally arrived, as it got heavier a Larkhall break down the left saw George King loop the ball over the Fleet back line and into the net to put the visitors ahead. Shortly afterwards a big flash saw a lightning bolt strike nearby, the referee immediately blew up and led the players off for their safety. The storm soon passed and ten minutes later the players returned, splashing around in a little water, it was now the home side with the initative pressing forward, Nditi played the ball from midfield to Toye by the box, who flicked the ball onto Sammy Pekun to fire in the equaliser. Sammy entertained the crowd with a very acrobatic goal celebration.
The second half started with both sides ringing the changes to continue to give minutes to as many players as possible, but it was Fleet continuing to press, an early effort was fired past keeper Semmens, but Larkhall captain Matt Guy got enough of a touch to deflect the ball against his own post, giving time for Semmens to recover his position and collect the ball before it ran for the corner, but the let off was only temporary, as within a couple of minutes Danilo Cadete struck and Fleet were ahead. With more substitutes introduced, the visitors were looking the stronger side, carving out the better chances but Fleet kept them out until the last quarter of an hour. Guy hit the ball back into a busy area which struck an outstretched leg to flick the ball out of the reach of Beach to bring the visitors level. Then after 82 minutes a collision in the box, saw the referee give Larkhall a Penalty, take by Jamie Lyons, the ball was hit to a bottom corner, Beach dived the right way and was unlucky not to touch the ball, his fingertips getting so close to the ball. Inside the final minute, Fleet came close to forcing the draw, a power shot banging hard into the crossbar before bouncing down and out to safety.