The game started as a midfield battle between two evenly matched sides, both sides kicking high balls out of defence, some head tennis in midfield before it would break to one side or the other, just to run into a strong defence to clear and start all over again. It was 15 minutes before the first chance, a throw from Bradley Wilson into the box came back to Patrik Ruzicka, by the Penalty spot, who could only clip his shot over the bar. A couple of minutes later Luke Haskell let fly a shot from distance, but was an easy catch for Fleet old boy Aaron Bufton in the Egham goal. Then it was Bradley Wilson with the opening and shot, which Bufton got a touch on to knock it down, for a goal mouth scramble, before Egham cleared it for a throw. A quick break downfield from the visitors with Matt Woods taking the ball into the box before he lifted his shot just  over the crossbar. Lifted by this Egham poured forward and both Brendan Matthew and Matt Woods again had shots which struck Fleet players before being cleared. A long ball over the top from Fleet in behind the Egham defence brought Bufton out of his goal to beat the Fleet attack to the ball as he headed the ball out. After 30 minutes the breakthrough finally came as a long run from Bradley Wilson deep into the box, he hit a low cross across the area which was met by Matt Bunyan to turn it into the net to put Fleet in front.Just before the break,  Fleet carved out a super chance to double the advantage when Luke Haskell cut into the box with the ball but his shot passed just outside the post.

Egham made early changes in the second half and were on top for a while a lot of possession and good positions but without the end result they were looking for. After an hour a quick break from Fleet saw Chris Wales with the ball as he reached the area he shot, but wide of the target.  The final throw of the dice for the visitors saw them make their third change after only 61 minutes, Egham kept pushing forward and their best chance saw the ball strike the bar and fall down at the feet of a Fleet defender to clear. After 71 minutes, Fleet made their first change bringing on Ryan Marklew  and his first touch a couple of minutes later saw him get on the end of a loose ball in the Egham box to poke it home and Fleet were two up. Egham kept coming forward and from a corner Matt Woods had another chance but his shot was deflected by a team mate harmlessly wide for a goal kick. Fleet brought on George Pilbeam and later James Haworth who got in several good tackles and passes in the few minutes he was on, as Fleet pegged Egham back for the final minutes, Fleet were now well in charge and Egham were struggling to clear the ball so Fleet were straight back at them and in added time the ball ran to George Pilbeam who made no mistake to put the ball past Bufton for the third and final goal of the night.

A good solid team performance, but the man of the match was given to Ashley Lloyd for his good defensive work in the early exchanges that set up the platform for Fleet to build on after. 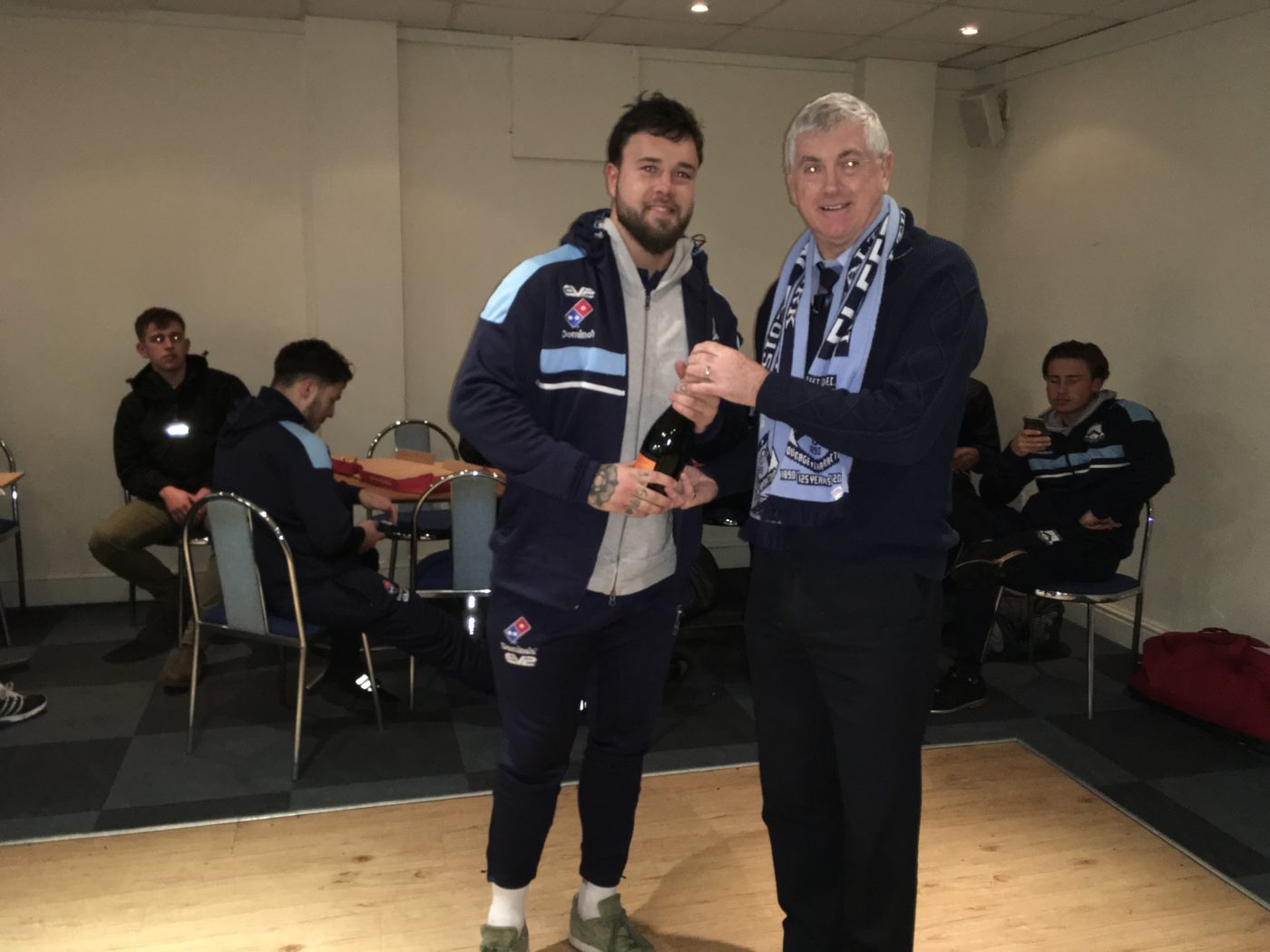