Fleet Town came out on top of the battle of the divisions bottom two sides, a valuable three points won sees Fleet leapfrog Barnstaple in the table, up to 19th and only behind Mangotsfield United on goal difference.

Fleet had the first chance in the first minute, when Meshach Williams cut in from the right and fired a shot from the edge of the box across goal but his effort passed wide of the far post. Soon, Fleet were able to pack the box and set up target players for Harryson Wickens to pick out from a free kick, this time he hit the ball deep to find Lewis Harvey, on his first home start since joining the club, a couple of weeks ago, but Lewis could only put the ball into the side netting. Barnstaple showed how dangerous they could be when Jack Rice-Lethaby was picked out from a cross from the right, but his effort was straight into the hands of Fleet keeper Brendan Norris. After sixteen minutes, Fleet were again able to set up from another free kick, this one taken by Joe Wilson on the left, only half cleared by the Barnstaple defence, Fleet got the ball back into the middle of the box where Lewis Harvey was waiting to slide the ball home and give the home side the lead. The visitors almost levelled immediately when Jack Langford broke through and only denied by an athletic leap and tip over by Norris. The corner played in under the bar, Norris got the touch to push the ball away, but only seconds later he was in action again to dive and palm another shot round the post. From the next corner, the ball ran loose and George Nancekivell was there to stab home to level the game up on nineteen minutes. Fleet did not let this disappointment disrupt their method of play and a fine flowing team move was completed by Kofi Halliday scoring on his debut to restore Fleet’s lead on 23 minutes. The next attack saw Kofi Halliday play the ball into Harryson Wickens, his fine shot though took a deflection only giving Fleet another corner. What seemed to be difficult afternoon for the visitors was made harder on 35 minutes when Mike Humpheys picked up his second Yellow card of the afternoon and had to leave the action. Fleet soon came close again, when Lewis Harvey lifted the ball goalward, only to see it come down on the roof of the net. Just before half time, Fleet were finally able to extend their lead, when another free kick  reached Lewis Harvey, who scored his second goal of the game.

Barnstaple came out in the second half determined to show they would be no pushover and within four minutes pulled a goal back when Stephen Reed converted from the spot after Fleet had gifted them the Penalty after an unneeded challenge. The visitors should have been level when Jack Langford ran through and found himself alone in the box with only Brendan Norris to beat, he skewed his shot many yards wide of the goal. With some substitutions both sides tightened up and chances were at a premium, but after 72 minutes George Nancekivell was first to react and reach the ball after it rebounded off Brendan Norris and he put the ball away to bring the visitors level. The momentum now with the visitors as they looked for a way to get the victory out of difficult afternoon, but Fleet pulled out the best move of the afternnon, getting the ball out wide left to sub, Danilo Cadete who ran down the wing before cutting in towards the box and let fly, his shot passing through a group of players straight into the net and Fleet were back in front on eighty minutes. A nervous end to the game, saw some pushing and shoving after every poor challenge, which built up to a mass confrontation in front of the dugouts, deep into the five added minutes, which saw both sides have a coach sent from the bench. Eventually the final whistle blew and Fleet had held on for a very hard fought victory.

After the match, a difficult decision, with several contenders, the easi-leaflets man of the match was awarded to Kofi Halliday.

Thoughts and plans now turn to Tuesday night when Fleet make a third attempt this month to stage the League game against Winchester City, kick off at Calthorpe Park is 7.45pm. 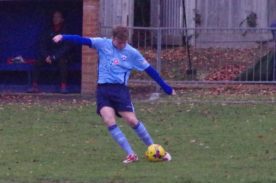 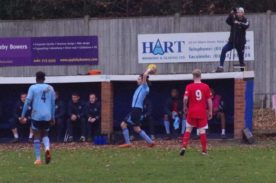 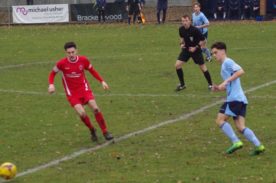 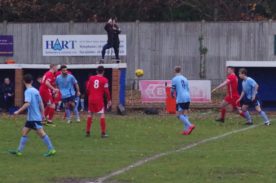 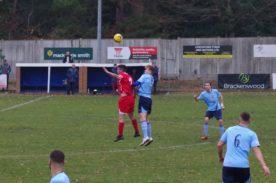 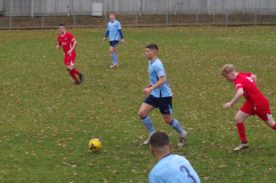 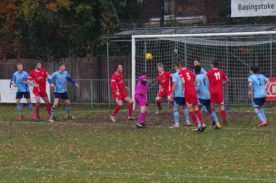 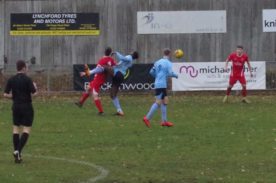 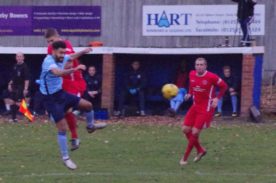 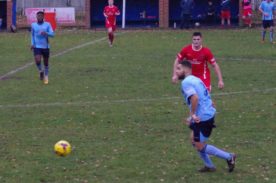 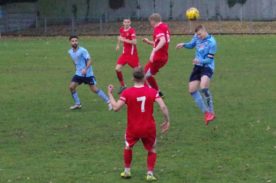 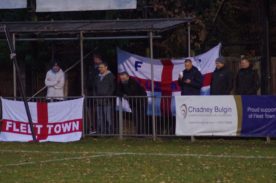