Fleet Town finally threw off the bad luck in front of goal in many of the recent games, where they had matched or outplayed the opposistion but had come away with nothing, converting four times on a cold snowy afternoon, but also needed the help of super defending and goal line clearance to make sure that four goals was enough to pick up the points.

The visitors though had the better of the opening action, only five minutes in, Harry Mepham played in a teasing cross from the right to the far post, with several players from both sides close to the ball, Liam Tuck got the vital touch to score and send the visitors in front. Thame were dominating the chances but found Liam Beach, Owen Roberts and Ashley Lloyd in their way every time to snuff out the threat. As the alf progressed Fleet started getting more of the ball themselves, with Danilo Cadete running all over the pitch, up and down both wings as well as in and around both boxes, but the breakthrough came as Fleet saw off another Thame attack, Owen Roberts played a long ball from defence to Toyosi Olusanya, he danced his way forward to the edge of the box and let fly a fierce shot which powered into the net to bring Fleet level on 31 minutes. Only 7 minutes later, Fleet were ahead, again as they tidied up another Thame attack, the ball was brought out by Ashley Lloyd, he played the ball out wide to Bradley Wilson, he took the ball closer and cut in, to find the space for a cross into the six yard box, where up popped Ashley Lloyd to finish the move he started. Fleet pressed on while they were on top, when Danilo Cadete crossed from the left, the ball passed in front of the goal with three Fleet players close, but none close enough to get the little touch needed to force it home and the ball ran on and away. Late in the half Thame could have got back on terms when Dan West’s deep cross was punched away by Liam Beach, the ball only reached Goss, but he only headed wide.

The second half saw Thame press forward to find a way back, after 50 minutes it looked as if they would score, as Liam had come off his line towards a through ball, but he was lobbed and just when it looked to be going into the unguarded net, back got Bradley Wilson to hook the ball off the line and set Fleet on the attack, it was played to Danilo Cadete on the right, he got round the defence to cross to the far post where Chris Wales was waiting and he made no mistake, to extend Fleet’s advantage. After 65 minutes it was Danilo Cadete again to run down the wing and cross to the far post, where this time it was Bradley Wilson in the right place to fire the ball home for goal number 4, on 65 minutes. Even at 4-1 Thame did not give up, and got themselves a lifeline after 70 minutes when sub Aston Goss fired the ball across the box and Lynton Goss was there to tap the ball home. Shortly after this, Thame were given a free kick in a dangerous area,  picking the spot, the ball was hit and then they saw Liam diving across to reach the ball and was able to turn it away for a corner. After this scare Fleet were able to see the game out and collect a valuable three points on a day when all their nearest rivals in the table did not get to play because of the weather. The only disappointment being the smaller than average crowd that came to witness this victory, on a day when many clubs had low crowds, probably caused by many people expecting more games to be called off by the Snow.

With so many good performances, all around the team, it was difficult to pick out a Man of the Match but after much debate, the choice today was Ashley Lloyd. 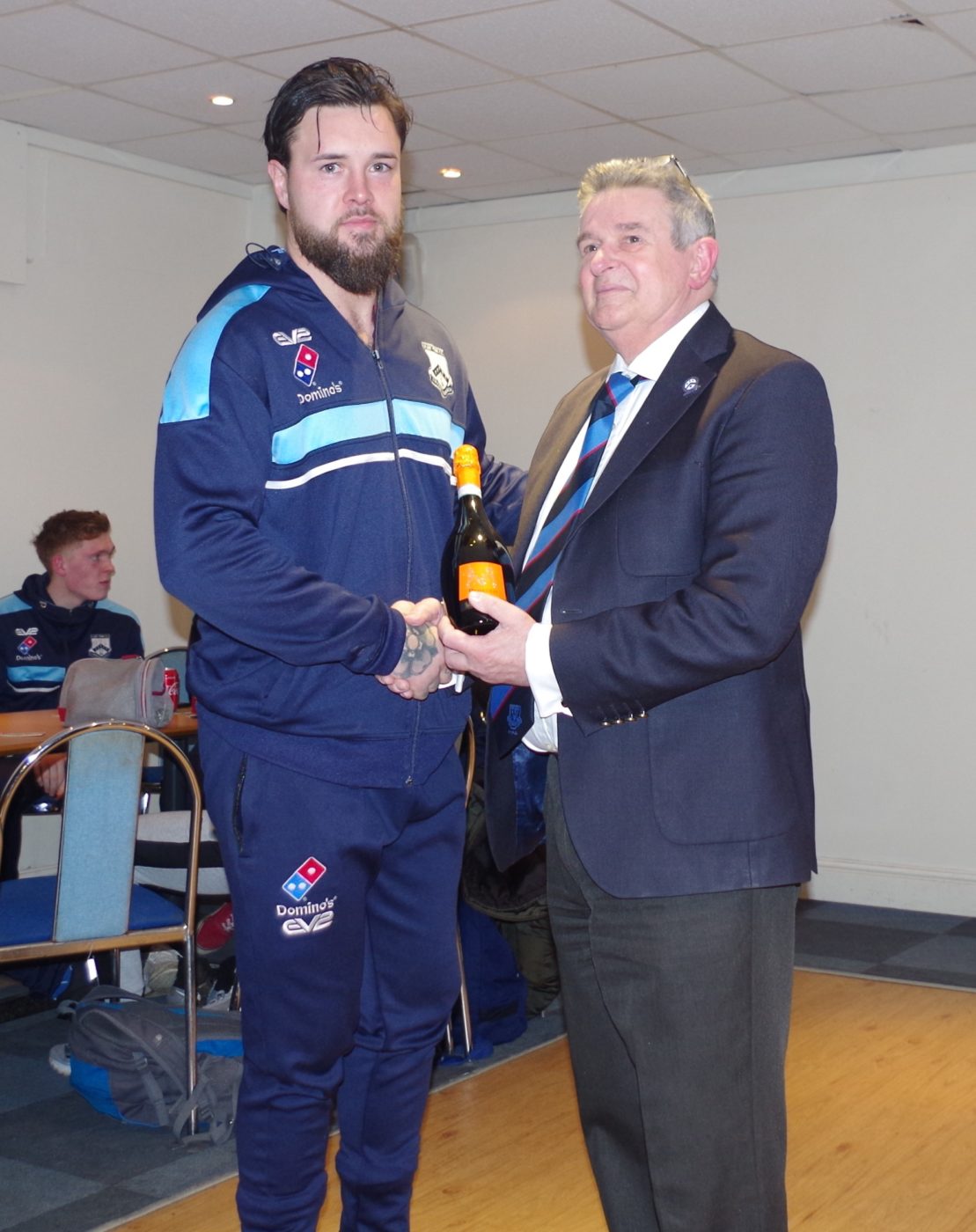