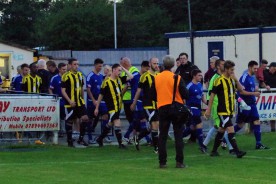 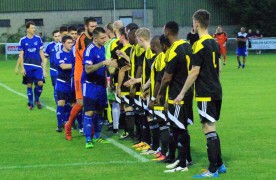 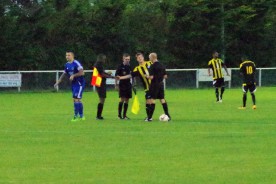 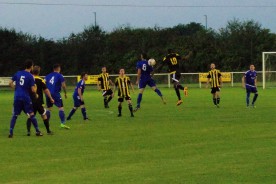 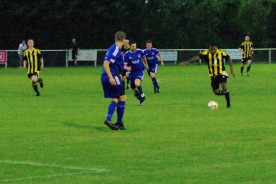 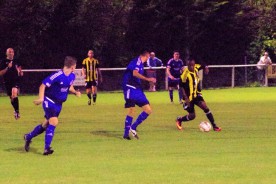 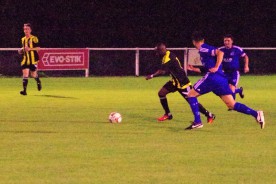 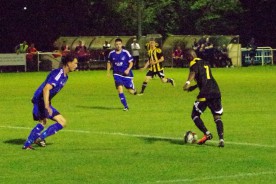 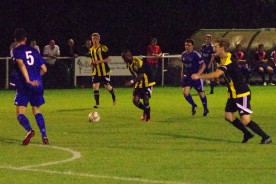 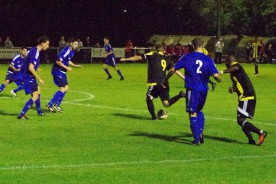 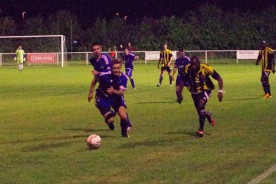 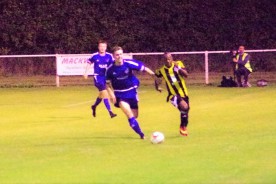 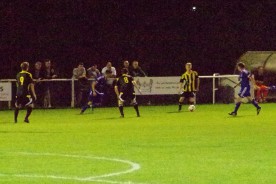 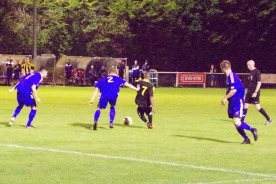 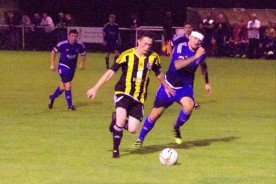 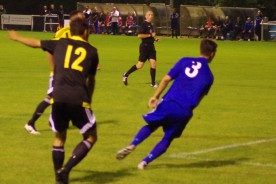 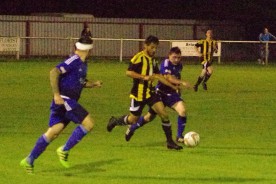 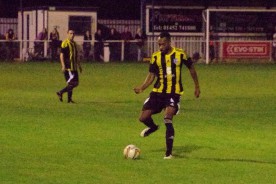 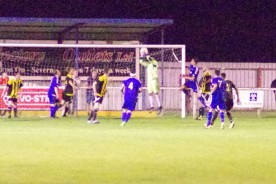 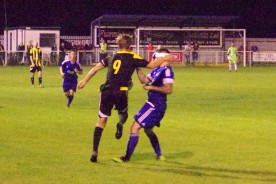 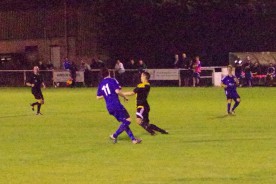 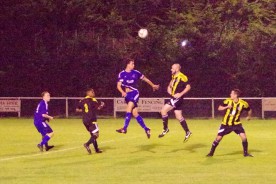 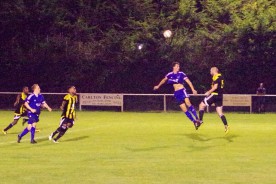 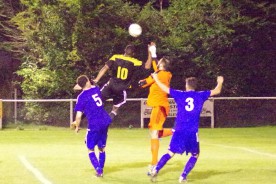 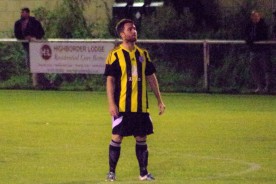 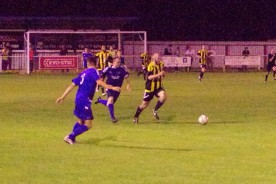 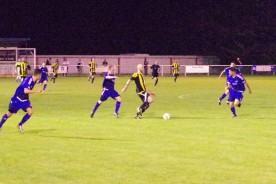 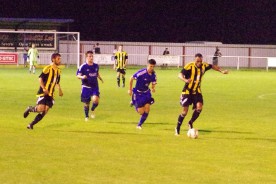 With a couple of absentees due to work and other players not recovered from injuries picked up on Saturday, Fleet were forced into changes for this Emirates FA Cup Replay, despite this another tight and even battle ensued, the 120 minutes proving good value entertainment to all those present.

The opening chance fell to Fleet in only the second minute, Jack French, starting further forward on the night, picked up a through ball and was able to lay it back to Jordan Chandler, his strike fizzed towards goal, Kowalski was able to make the stop but not hold the ball, it ran loose, but he recovered before any of the approaching Fleet players was able to reach it. Shortly after, the attention switched to the right as Dan Williamson ran forward with the ball, beating his markers, he got in another of his trademark superb crosses, this time finding the head of Ben Toye in the middle of the box, but Ben could not rise high enough to get over the ball and keep his header down. It was then the home sides turn to threaten, with Tyman and Lawson both making space for efforts, but off target. Fleet’s solid build up continued to cause the Swans problems, but, as on Saturday, the defensive line stood firm, getting in vital tackles, just as a vital final ball or shoot was about to be hit. Cadete in particular got into so many good positions with the ball, before his attack was snuffed out and when Fleet got past one or two men, there always seemed another close by, Danilo and Chalky both got through, hitting goal bound shots, only for some part of another defender getting in the way, to deflect for corners. It seemed the best chance may be to rely on set plays and after 40 minutes, Fleet were awarded a free kick in a dangerous position, Davo’s free kick was played into the box, but Slimbridge were able to get the first touch, this set up a quick break, two touches and a few seconds later, saw Cant steam downfield, running 50 yards with the ball, he reached the Fleet box, shot and brought the expected fine save from Prycy. The half ended with more Fleet pressure, keeping the hosts penned back after another Fleet corner, the ball was laid back for a Davo thunderbolt, the ball struck the post and rebounded across the face of the goal, with no-one there to touch it in.

The second half started, as the first finished, with Fleet taking the game to their hosts, Chalky getting a shot away, which was only blocked, the loose ball ran straight to Williamson, but Dan fired over the bar. After 56 minutes, Fleet made the first change of the night, replacing French, who had run himself into the ground with the fresh legs of Taylor Watts, within a minute Taylor had played in a super cross towards Chalky, only a great defensive tackle stopped Ben from getting his shot away. Taylor, Chalky and Williamson all had further chances, without the luck in front of goal, all Fleet won was a string of corners, all the time at that end of the pitch, saw the minutes tick past, without Slimbridge getting creating their own danger, until the last ten minutes, with two subs on themselves, as on Saturday, they started playing quicker and looking more dangerous at the end, but the best late chances still fell to Fleet, on 85 minutes, another run and cross from Williamson, picked out Chalky perfectly, with time and space to do anything he wanted, Ben was only able to head the ball harmlessly over the bar. The final minute, the best chance, a flowing Fleet attack found the ball with Taylor Watts, only the keeper to beat, the shot again, passed over the bar.

Into extra time, with more changes, the game changed, Slimbridge taking over and keeping Ryan busy in the Fleet goal, winning their own string of corners, from one of these Thwaite was able to get his head to the ball and nod home, what proved to be the one and only goal. The second period of extra time saw Fleet push more men forward, leaving gaps behind, several quick counters from Slimbridge should have seen them score again, a long ball over the top saw sub Thomas run on to it, beat Prycy and then shoot wide of an open goal, then another of the subs, Mace had a good chance, getting his head to cross but not keeping the ball down, two minutes from the end Slimbridge’s third sub Haskayne should have sown it up, with time and space, he skied his shoot out of the ground. Fleet played the remaining time with Ryan Pryce upfield helping the attack, leaving Craig Martin on the half way line as sweeper to stop any Slimbridge breakout, but try as they might, the ball did not fall kindly for Fleet at the end and the FA Cup dream is over for another year, as Slimbridge extend their unbeaten run.