Liphook United showed plenty of strength and passion in the early stages of this Second Round clash at Fleet, but their good build up play ran into the brick wall of the Fleet defence, leaving Liam little to do between the posts in the first quarter of an hour. Once Fleet had a shot that glanced the outside of the post, it looked a more even encounter, but the visitors looked the stronger and easily knocked some of the Fleet lads off the ball, then the first time the Fleet defence could not clear cleanly, a scramble followed and Marcus Bedford was able to find a hole to stab the ball through and get Liphook in front after 26 minutes. Fleet were slow to recover from this knockback, but the visitors had to thank ther keeper Josh Bird to still be ahead at the break with a fantastic point blank save from Danilo Cadete afer 40 minutes. 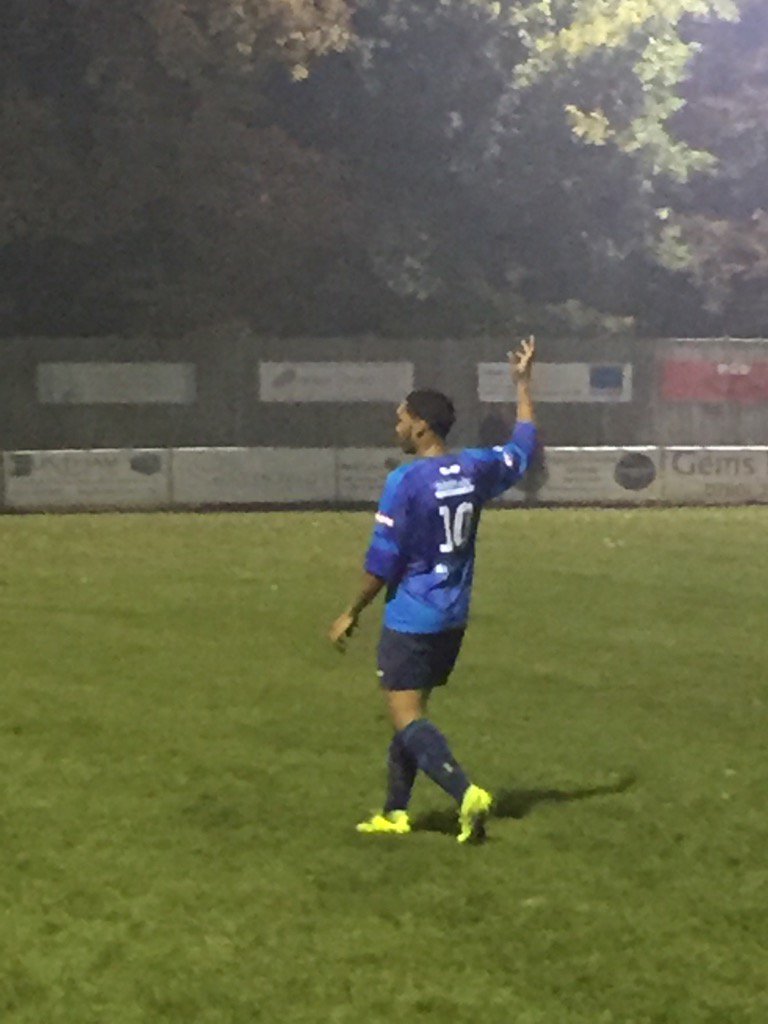 The second half saw the visitors push to stretch their advantage wining three corners in the first five minutes of the half, but they were unable to take advantage. As Fleet came back, despite all the good wing play and crosses from Gilberto Abril, it was a string of free kicks that set up all the home sides best chances, Bird needing to keep his wits about him to grab the ball under the bar from a Bunyan header. Fleet persisted with some short corner routines, only a couple seemed to go as planned, one leading to a cross which was skied over from two yards as Fleet were getting closer and closer. After 68 minutes a free kick taken by Liam Flanighan deep into the area took a couple of touches, but Liphook failed to clear and Billy Oram found the vital way to bring Fleet level. Within three minutes Fleet were ahead, another free kick led to a scramble in the box and this time Luke Haskell struck. The lead lasted seven minutes, until the one defensive miss on the night was punished by the visitors. Liphook had the chance to snatch vistory in the final minute, when sub Peter Lovas ran through on to a ball played behind the Fleet back line, with only Liam facing him, he was able to guide the ball past Liam, but as it trickled goalward  a recovering defender got back to clear the ball away off the line. The final whistle blew and the delight or horror of a Penalty shootout loomed.

With the shootout in this competition still being taken in the ABAB format, it was Liphook with the potential advantage of starting, they scored their first kick to be ahead, Chris Dean took Fleet’s first kick and scored to make it 1-1, Liphook’s second kick was saved by Liam Beach, Fleet’s second kick was taken by Matt Bunyan and fired in to the roof of the net, to get Fleet 2-1 ahead, Liam aagain dived and saved Liphook’s third Penalty, but Fleet’s third kick was struck against the cross-bar, so it remained 2-1 after 3 kicks each. Liphook’s 4th kick was fired wide, so it fell to Luke Haskell to seal it and he made no mistake, to give Fleet a 3-1 Penalty win and a place in the Quarter Finals.